How to get: The club is not so far from Intl Airport infact you will need of about 25 minutes driving (9km) to get to the tournament. The central attractions like Jet D’Eau are very close; about 15-20 minutes walking. You can use the public transport too (bus service 2/6 from Geneve plage to “Parcs”).

THE TOWN: Geneva is the second most populous city in Switzerland (after Zürich) and is the most populous city of Romandy, the French-speaking part of Switzerland. Situated where the Rhône exits Lake Geneva, it is a global city, a financial center, and worldwide center for diplomacy due to the presence of numerous international organizations, including the headquarters of many of the agencies of the United Nations and the Red Cross. Geneva is also one of the most expensive city in the world.

Lonely Planet introduces this town with these words: “Sleek, slick and cosmopolitan, Geneva is a rare breed of city: it’s among Europe’s priciest, its people chatter in every language and it’s constantly perceived as the Swiss capital (it isn’t). Superbly strung around the shores of Europe’s largest Alpine lake, Switzerland’s second-largest city has only half the population of Zürich; yet the whole world is here: 200-odd governmental and nongovernmental international organisations fill Geneva’s plush hotels, feast on its international cuisine and help prop up its famed overload of banks, luxury jewellers and chocolate shops.

But where’s the urban grit? Not in the lakeside’s silky-smooth promenades and iconic fountain of record-breaking heights, nor in its pedestrian Old Town. To find the rough cut of the diamond, dig into the Pâquis quarter or walk along the Rhône’s industrial shores where local neighbourhood bars hum with attitude. This is the Geneva of the Genevois…or as close as you’ll get to it.” 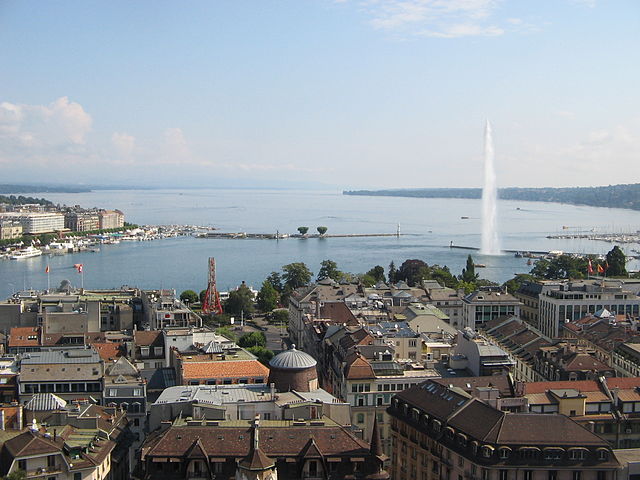 Your Hotel in Geneva 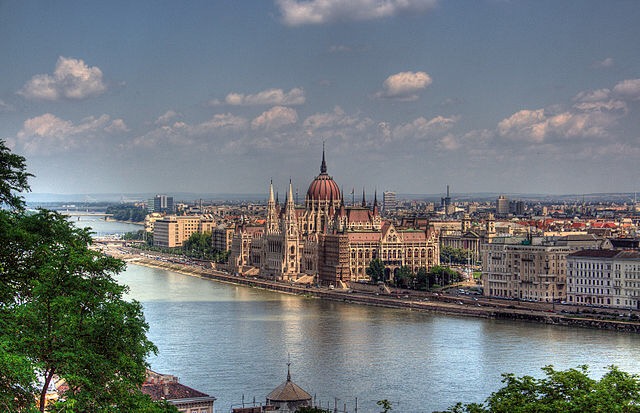 How to get: Tennis courts are centrally located and easy accessible in 2,2 km distance from Chain Bridge.

THE TOWN: Budapest is the capital city of Hungary. With a unique, youthful atmosphere, a world-class classical music scene as well as a pulsating night life increasingly appreciated among European youth and, last but not least, an exceptionally rich offering of natural thermal baths, Budapest is one of Europe’s most delightful and enjoyable cities. Due to its scenic setting and its architecture it is nicknamed Paris of the East. In 1987 Budapest was added to the UNESCO World Heritage List for the cultural and architectural significance of the Banks of the Danube, the Buda Castle Quarter and Andrássy Avenue.

Lonely Planet defines it Grandeur on the Danube and its writer Steve Fallon explaines reasons why he loves this incredible town: “I love Budapest for all the right reasons – architecture (especially art nouveau), romance (particularly the views from the bridges) and sticky apricot jam – and some of the wrong ones, too – killer pálinka (fruit brandy), rickety trolleybuses, and spending way too much time in the Turkish baths. When I first came to Budapest, I was bowled over by an often sad but confident city whose history seemed too complex to comprehend, by a beautiful but impenetrable language, and by a people I thought I’d never know. I stayed on to learn more about all three.” 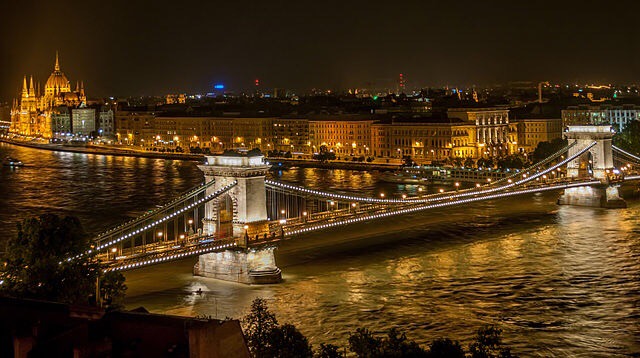 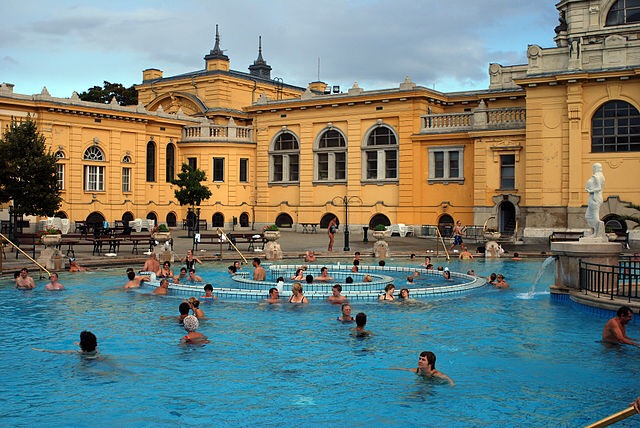 Your Hotel in Budapest
Enjoy this town again!!!
Keep this blog free of advertising

How to get: Royal Tc de Marrakech is centrally located at just 2,2 km from Djemaa El Fna (10 minutes driving/30 walking). Courts are easily accessible from Menara Airport too, which is far 6,2 km and 14 minutes.

THE TOWN: Marrakech is a major city and 4th largest city of the Kingdom of Morocco.  It is possibly the most important of  four former imperial cities. The region has been inhabited by Berber farmers since Neolithic times, but the actual city was founded in 1062. The red walls of the city have given the city the nickname of the “Red City” or “Ochre City“.

Jessica Lee, a Lonely Planet‘s writer, explains us the reasons why she loves this city: “I don’t like to be bored. And neither does Marrakesh. I’ve been coming here since 1995 and this most beguiling of cities, shimmering under the hot North African sun, always has surprises up its sleeve. It sucks me into its souqs, draws me down endless twists of narrow, pastel-washed derbs, then drops me amid the mayhem of the Djemaa din. After a day in the medina the soles of my feet may be black, but I’m full to the brim with the donkey-cart swerving, frenetic energy. Marrakesh fizzes with life. Who could resist the fun?” 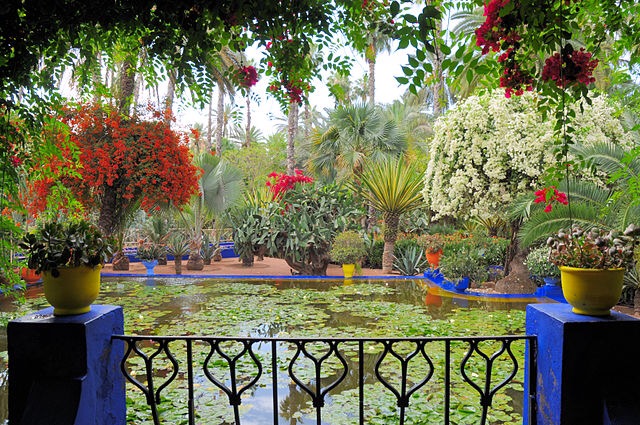 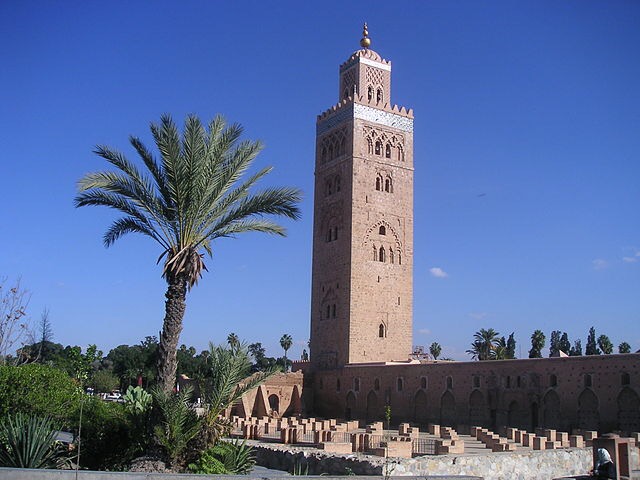 Enjoy a TennisTrip in Morocco!

How to get: BA Lawn TC is far about 9 km from Plaza de Mayo. You can use metro (C or D) and tram (Ferrocaril General Mitre) to get or by taxi with a 30 minutes ride. Pistarini Intl Airport is far about 44 km and 45 minutes driving.

THE TOWN: Buenos Aires is the capital of the Argentine Republic. The name means fair winds in Spanish. The official name is Ciudad Autónoma de Buenos Aires (CABA). It is one of the largest cities in Latin America, with many cultural offerings, and is the point of departure for traveling to the rest of the country. Inhabitants of Buenos Aires are called porteños, “people from the port”, because many of the inhabitants are immigrants in some ways or another. Buenos Aires is a singular, open, and integrating destination that allows the visitor not only to view the city but also to have an exceptional urban adventure. It combines faded European grandeur with Latin passion. Sexy and alive, this beautiful city gets under your skin. Asado, good wines, soccer, tango, nightlife…what are you going to do today in Baires?

Lonely Planet’s writer Isabel Albiston explains the reasons of her deep love for this town:“When I first arrived in Buenos Aires in 2010, Argentina was celebrating 200 years of independence and the city was a carnival. I fell hard and fast for this crazy place with its dogs in soccer shirts and passionately held opinions on everything from politics to how to prepare mate (the yerba tea infusion). For the next four years, my days were spent cycling between parks and timeless neighborhood cafes; nights began with asados (barbecues) and ended at sunrise. In spring, when the blossom of the jacaranda trees turns the city purple, there’s nowhere I’d rather be.” 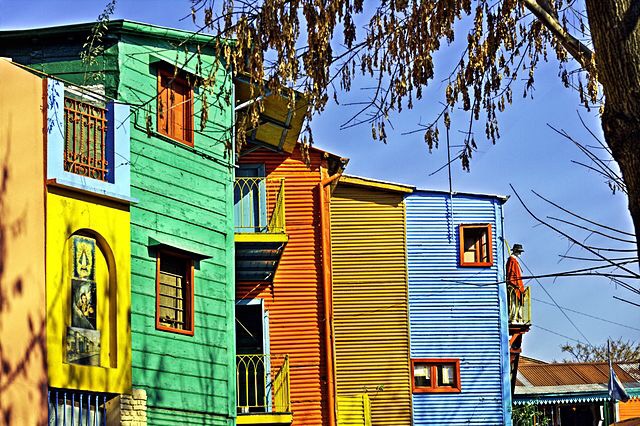 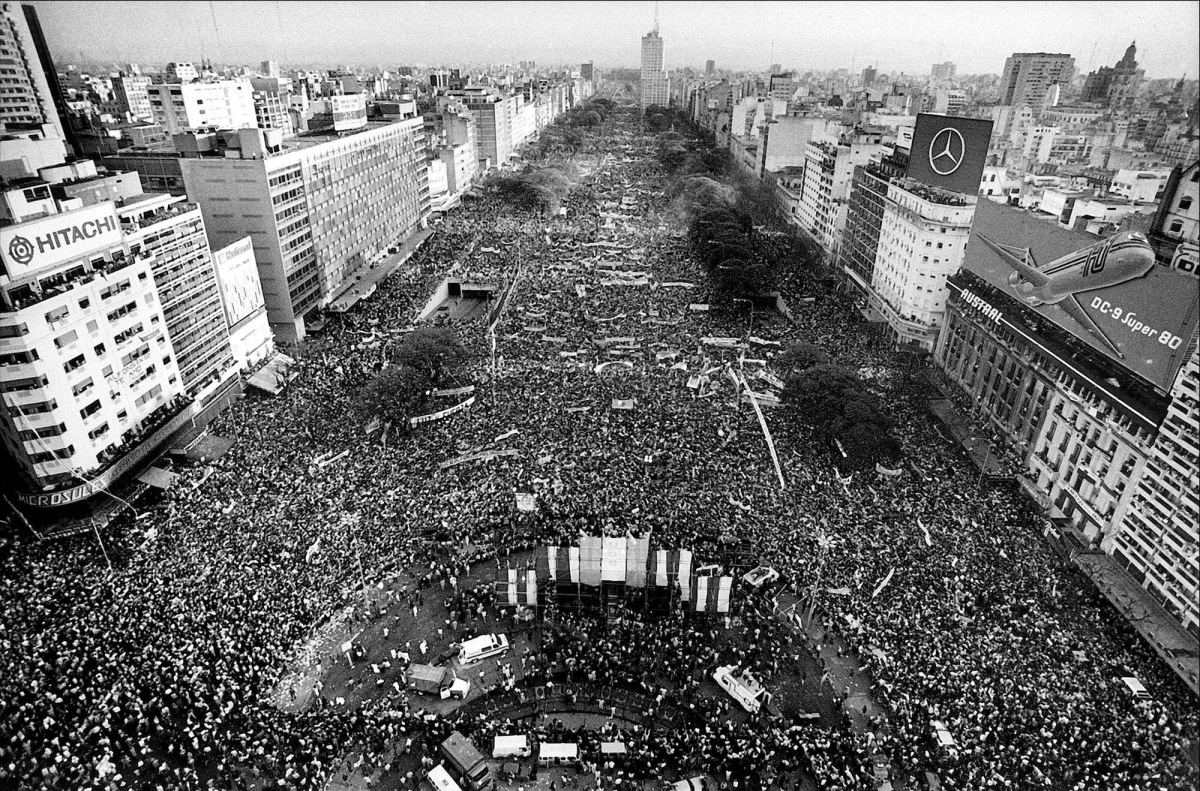 How to Get: Tennis courts are not far from Quito famous old town: about 8,6 km and 20 minutes driving. Instead Mariscal Sucre International Airport is far less than 39 km, and from it you could get to Club Jacarandá in about 30 minutes by taxi.


THE TOWN: Quito is the capital city of Ecuador, and at an elevation of 2,800 meters above sea level, it is the highest official capital city in the world. With a population of 2,671,191 Quito is the second most populous city in Ecuador, after Guayaquil. The historic center of Quito has one of the largest, least-altered and best-preserved historic centers in the Americas, and is undoubtedly one of the cities main tourist attractions. Quito, along with Kraków, were the first World Cultural Heritage Sites declared by UNESCO in 1978. Lonely Planet writes about this town:“A capital city high in the Andes, Quito is dramatically situated, hemmed in by mountain peaks whose greenery is concealed by gray afternoon mist. Modern apartment buildings and modest concrete homes creep partway up their slopes and busy commercial thoroughfares lined with shops and choked with traffic turn into subdued neighborhoods on Sundays. Warm and relaxed, traditional Ecuadorian Sierra culture – overflowing market stands, shamanistic healers, fourth-generation hatmakers – mix with a vibrant and sophisticated culinary and nightlife scene. The city’s crown jewel is its ‘Old Town,’ a Unesco World Heritage Site packed with colonial monuments and architectural treasures. No sterile museum mile, everyday life pulses along its handsomely restored blocks with 17th-century facades, picturesque plazas and magnificent art-filled churches. Travelers, and many locals too, head to the ‘gringolandia’ of the Mariscal, a compact area of guesthouses, travel agencies, ethnic eateries and teeming bars.” 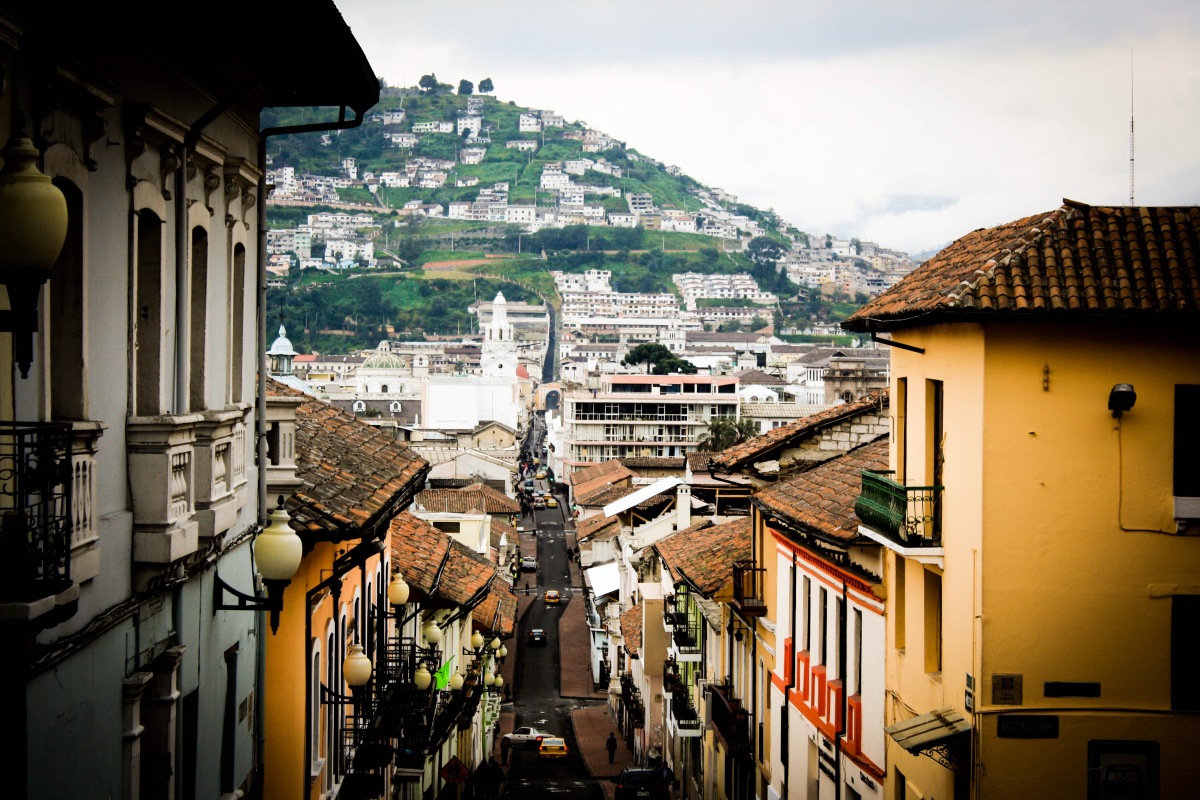 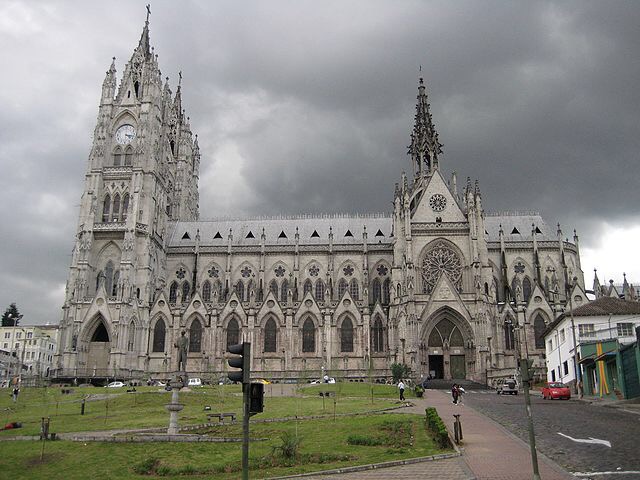 General information: Sidney Olympic Park is located about 23 km from Sidney International Airport (30 minutes driving) and about 15 km from downtown. There is a frequent train service that runs to Sydney Olympic Park train station. In 2017, all event tickets will include Train travel to and from Olympic Park station on the Sydney Trains and NSW TrainLink network.

THE TOWN: Sidney, capital state of New Wales, is known as the Harbour City. It’s the largest, oldest and most cosmopolitan city in Australia with an enviable reputation as one of the world’s most beautiful and liveable cities. Brimming with history, nature, culture, art, fashion, cuisine, design, Sydney’s set next to miles of ocean coastline and sandy surf beaches. Longterm immigration has led to the cities reputation as one of the most culturally and ethnically diverse cities in Australia and the world. The city is also home to the Sydney Opera House and the Sydney Harbour Bridge, two of the most iconic structures on this planet. Peter Dragicevich, writer of Lonely Planet, explains the reasons he loves this town with this words: “My visits to Sydney were becoming increasingly frequent before I moved there. Sure, it was the glitzy side that first attracted me – the sense that there was always something thrilling going on somewhere, and if you turned the right corner, you could be part of it. That sense remains, but I’ve discovered much more to love: the lively food scene, endless days at the beach and the way Sydney’s Indigenous and convict history is so often hidden in plain sight.” 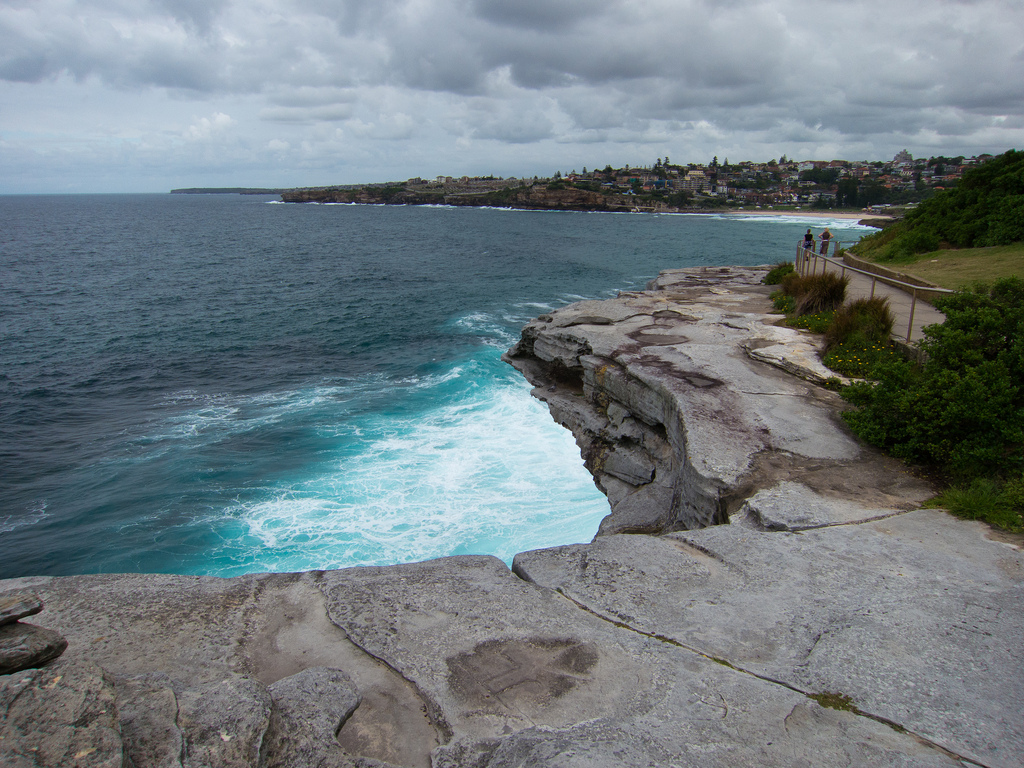 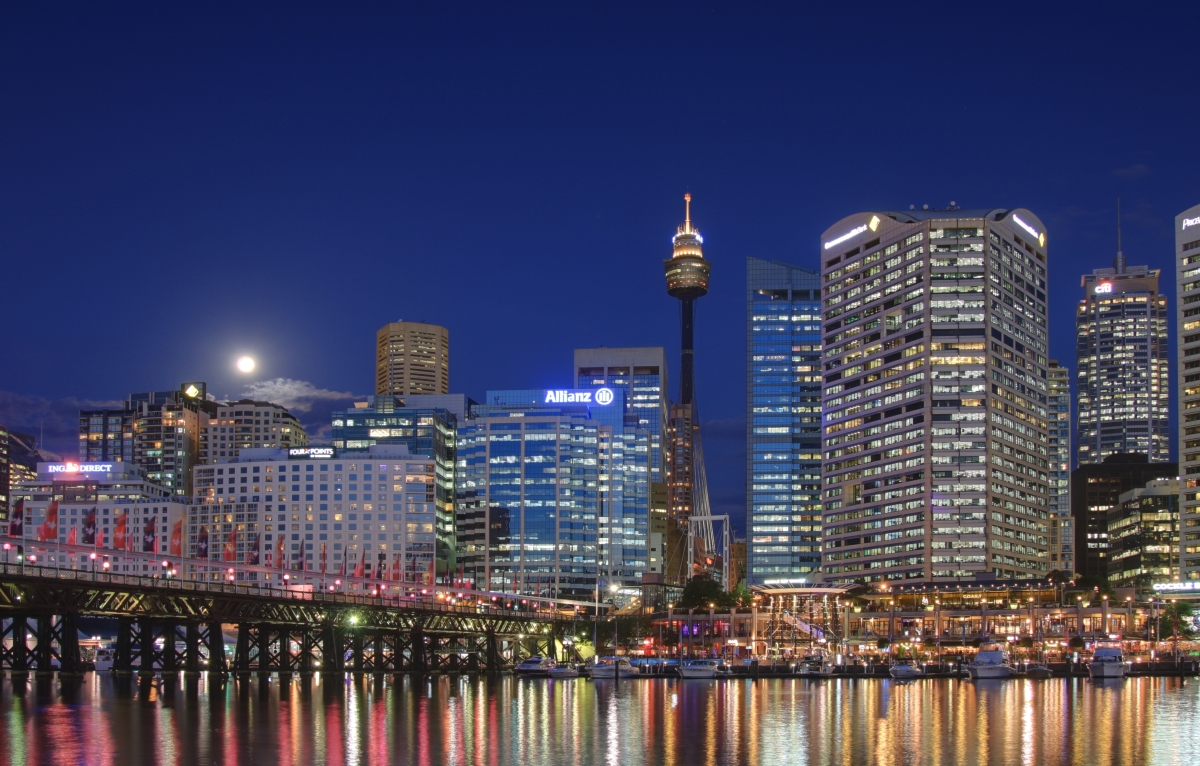 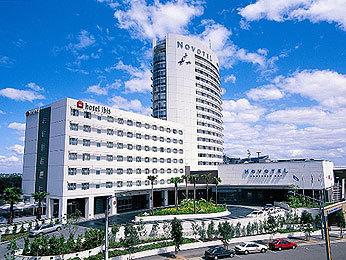 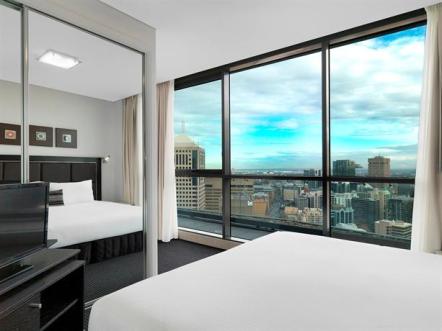 SEARCH IN THE BLOG

Keep this blog free of advertising